The Sisters of the Redeemer Mourn Sr. Barbara Deitrich 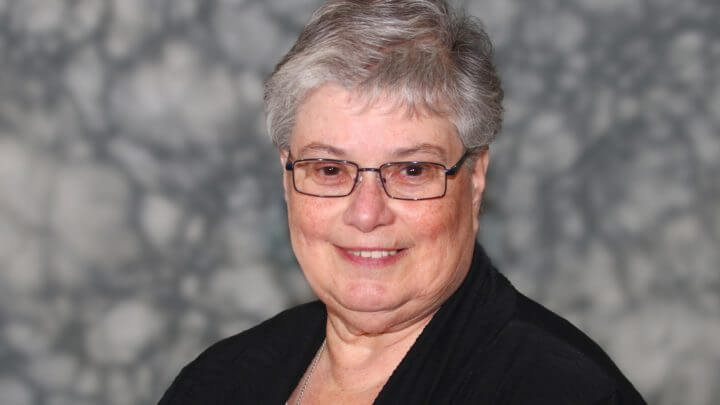 Sr. Barbara Mary Deitrich, 72, a Sister of the Redeemer who was called by God to be a healing presence in a hurting world, died July 22, 2020. Sr. Barbara was born and raised in Pottsville, Pa. and was the daughter of the late John and Julia Deitrich and the beloved and devoted sister of Janie, Monica (John), and Mary (Joe). She was the loving aunt of Emily, Becky, Danny, Joey, and grandnephews Carlos and Ryan.

Sr. Barbara’s call to religious life was very strong, even from a young age. After graduating from Nativity High School in Pottsville, she was drawn to an advertisement for the Sisters of the Holy Redeemer in a Knights of Columbus publication. She kept the advertisement on her desk, but never contacted the Sisters. However, she received a letter from them inviting her to visit the Sisters at their Motherhouse in Meadowbrook, Pa. Confused by what she believed was unsolicited outreach, Sr. Barbara learned her mother had, in fact, written on her behalf. Her mother admitted she felt something was telling her to contact the Sisters for her daughter.  Sr. Barbara accepted the Sisters’ invitation, and during her visit, she immediately experienced a connection and a sense of belonging. This year marked 50 years since she entered the Congregation.

She professed her first vows on May 3, 1973, and began her long and distinguished service in mission assignments primarily at St. Joseph Manor. Sr. Barbara worked as a Nursing Assistant, a Licensed Practical Nurse, a certified Chaplain, and Coordinator of Pastoral Care. Most recently, she began a program to support new certified nursing assistants at St. Joseph Manor and Holy Redeemer Lafayette as they start their employment.

After professing her final vows on May 3, 1979, she was called upon by the Congregation to serve in various roles within the Province, including Infirmarian for the senior Sisters, Superior of St. Joseph Convent, Local Coordinator of St. Elizabeth Convent and Redeemer Community. She was elected to serve on the Province leadership team for several terms, completing her most recent tenure, as Vice Province Leader, in 2019.  During her leadership, one of her primary responsibilities was the oversight of the Magnificat Center for senior Sisters and residents.

Sr. Barbara had an infectious smile, and everyone she met could feel the warmth from her kind and genuine heart. She had a sincere concern for the needs of others, particularly for seniors and those who care for them. With a remarkable ability to remember so many of the countless residents and employees she encountered, she formed lasting and meaningful relationships.

She enjoyed reading, doing needlework, watching Hallmark movies, and making home-cooked meals in her spare time. She loved music and especially enjoyed singing, serving as a cantor at Mass in the Redeemer Sisters’ Chapel. Her beautiful voice also comforted many families when she sang at funerals at St. Joseph Manor.

Sr. Barbara’s life will be celebrated during a Funeral Mass on Wednesday, July 29 at 1 p.m.   Unfortunately, Covid -19 restrictions necessitate that the funeral Mass is private. The Mass will be livestreamed on the Sisters of the Redeemer YouTube Channel (www.bitly.com/srbarbaramass). A video of the Mass will be available immediately following on YouTube and on the Sisters’ Facebook page (www.facebook.com/sistersoftheredeemer)